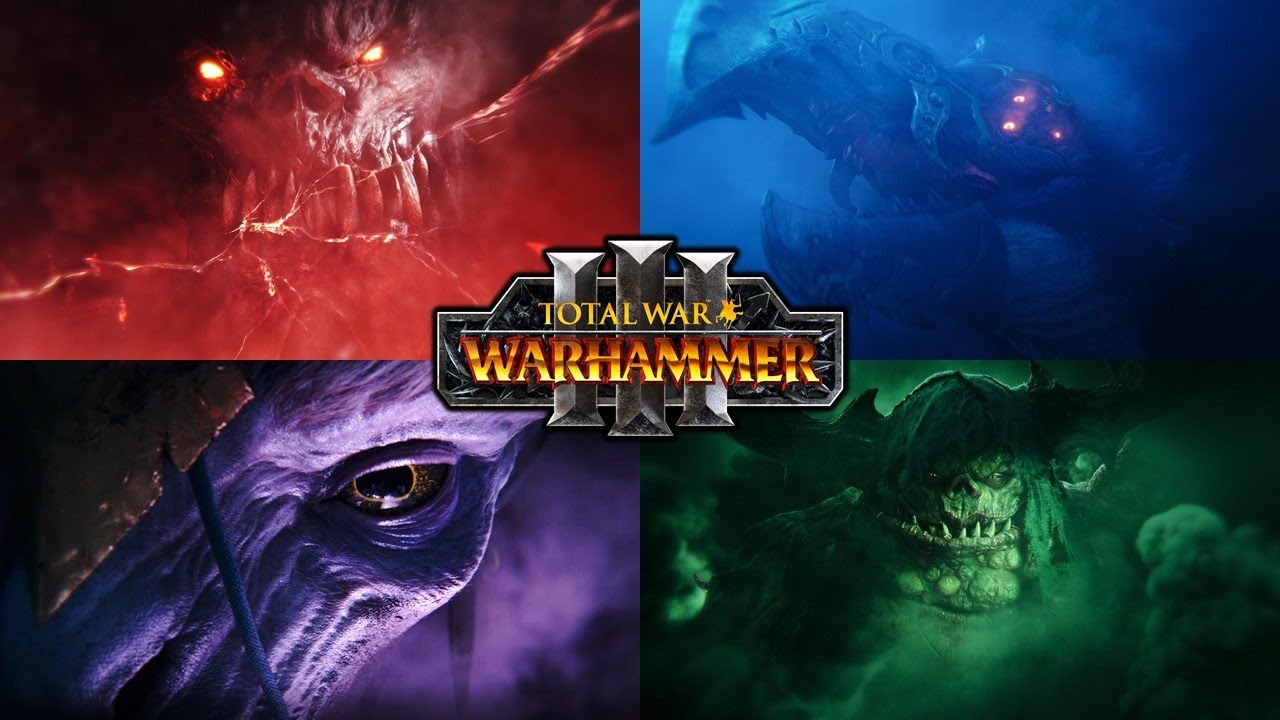 The scenario of the game causes both the volume of destinies, Ursun the God-Bear of Kislev, a corrupt prince transformed into a demon, and Be’lakor the first damned that the lovers of Warhammer know. These different elements are intimately mingled and leading to a final motivation that may be of interest to all the factions in the presence: recover the power of a dying god. We will not go back to the details, which are, however, because the game is doing very well itself. This total War offers us a long playable prologue for about fifty towers and entitled the lost god. The interest of this small countryside, which constitutes a real novelty, is twofold. First of all, it teaches us (or reminds us) the main concepts of a total War, whether it is the way to handle units in real-time battles, or to conquer and develop colonies on the Strategic card in turn. But it also makes it possible to plunge more precisely in the details of the main scenario and to apprehend the Warhammer universe without pain. Players little like the Games Workshop license, as well as those who would discover the total War with this episode, will therefore be able to immerse yourself in the adventure in all serenity. Veterans will not be left out, since this prologue turns out very well. Whether it’s cinematics, atmosphere, various objectives or explanations of the different mechanics, everything is imbroved perfectly. It is hoped that future War Future will resume all this very welcome concept. The main campaign, which takes one hundred to one hundred and fifty towers to be completed, offers us a map of a size announced by the developers as twice higher than that of the previous component. Frames sometimes appear, which allow to travel between the world of mortals and the kingdoms of chaos. The units of the chaos are particularly highlighted in this episode, since five of the eight available factions belong to the dark side of the force.

The habit makes the daemon

In this context, one of the most interesting factions is certainly that of the demons of chaos. From a scorned point of view it is also the one that naturally takes the continuation of the prologue. It offers of course different small specific bonuses, as it is tradition in the total War. According to the selected faction and the Lord, each party benefits from small improvements that can relate to the multiple mechanics of gameplay (maintenance, armor, corruption, command, chances of finding magic objects, etc.). But Warhammer III pushes differentiation much further, each breed giving access to specific gameplay elements. The hero of the demons of chaos is thus the only one to have access to all the units of the chaos, regardless of their original faction. More importantly, this demon prince can be totally personalized using a dedicated interface and a resource called demonic glory. The latter makes it possible to unlock more elements to place on the head, the torso, the wings, the arms, the legs or the tail of our manikin of hell, for in the end totally change its appearance and its characteristics.

For its part, the Grand Cathay faction differs from at least four ways. Openly Asian inspiration, it gives access to lords capable of transforming into dragons. Harmony mechanics, based on yin or yang alignments, improves combat performance when complementary units are close. The Wu Xing compass triggers different bonuses according to the direction in which one directs it. And the ivory road asks us to manage the sending of commercial caravans in distant cities. These first two factions seem to us the most innovative and the most interesting, but the others also have their peculiarities. Kislev’s tsarat accumulates devotion to invoke gods, place of the Atamans to govern the provinces, and has a frozen court to form bridesmaids and ice witchs. The Khorne faction reinforces its armies after each battle and must recover a maximum of skulls. Slaanesh features devotees and disciples and can force enemy units to change the edge. Tzeentch controls the direction of the magic winds, does not have the plots and teleportation. Nurgle spreads plague epidemics and has buildings that grow and go out cyclically. Finally, the ogres must be supplied with meat and can complete contracts.

It is worth noting that this faction of the ogres kingdoms acts as a pre-order bonus, extended to the first week of marketing of the game. Then, it will be necessary to open its portfolio to acquire it as DLC. SEGA’s editorial policy in terms of downloadable content seems to be always as questionable as we have noticed the absence of blood during fighting. The units are content to fall to the ground without any “gore” effect. We see the blow come at ten kilometers since this was the case for the first two Warhammer and for other Total War: the publisher will propose to the sale in a few weeks a DLC dedicated to blood effects, like the image of the Two “Blood for the Blood God” packs previous. Already not well glorious in normal times, this practice is even more contestable as part of the Games Workshop license. Blood and dismemberment should be part of a Warhammer experience, especially when it is largely devoted to chaos forces.

Fortunately, the game can be forgiven thanks to its menu that remains extremely rich despite everything. Even players who will pass by the ogres will have to take care for hundreds of hours if they want to go around the remaining seven factions and all modes (multiplayer, skirmish, quest battles…). To crown all, many small news come to further enrich the formula. The campaign offers, for example, survival battles, where we have to face waves of enemies, capture points and build defensive structures. The small colony battles that took place before in Mornes Plains are now richer and strategic, thanks to the presence of towers and barricades. Diplomacy acquires new options (the exchange of colonies for example) and a more accurate interface. Finally, it is now possible to play eight to the main campaign (against two before) and activate an option of simultaneous tricks to save time. Finally, it’s only graphically that the game stagnates. Visuals do not really progress, especially during real-time battles. The latter remain impressive because of the very high number of units on the screen, but you still feel that the 3D engine begins to age…