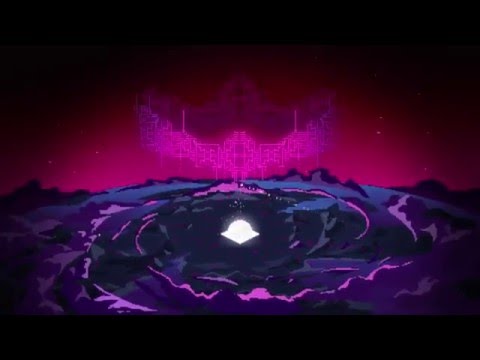 Only a few months after the release of Solar Ash, Developer Heart Machine already announces his next title: a successor to the popular pixel style action RPG Hyper Light Drifter – _ Hyper Light Breaker._ Unlike the predecessor is Hyper Light Breaker 3D third-person action game in Rogue-Lite format. The speed and colors of the predecessor should persist, only the pixels were replaced by polygons. But Hyper Light Breaker should not just be a sequel or prequel, it plays in the same world as its predecessor and should share guides as well as some aesthetics with it, but it should have his own story.

Hyper Light Breaker plays in the “overgrowth”, a “wide, consistently changing world with massive biodenives and deep labyrinths.” As a rogue-lite, this means, of course, that the entire environment is randomly generated. However, there is a settlement that serves as a hub and grows in the game depending on the progress.

The combat system is to reflect the speed and liquid movements of Solar Ash, but also a focus on an equipment system, similar to many other RPGs, is also placed. Also a big arsenal of weapons and items is on the note of the developers.

Players and players are always in possession of a hoverboard and a glider to move quickly and supple through the world. On Steam, a co-op mode is also promised in addition to the single player.

Although the first trailer does not show a real gameplay, but the little insight at the end shows that the style of the game reproduces exactly what the developers promise us. On the steam side of the game, small gameplay insights can already be gained.
Hyper Light Breaker is expected to be available as an Early Access title in spring 2023. So far, only one version for the PC has been confirmed, but console transactions should probably only be a matter of time.