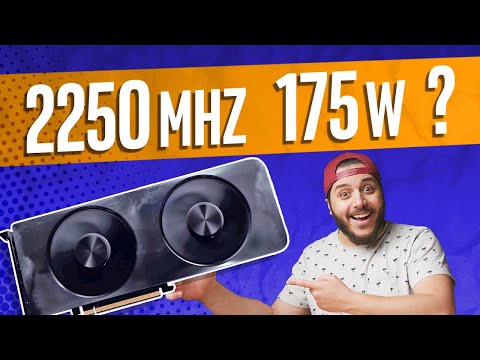 Intel: Possible details of your own graphics card in Intel Arc Control

The fact that Intel is working on its own graphics chips that offer more than just as the level of a graphics unit integrated in the CPU, but to make AMD’s competition from AMD’s Radeon and Nvidia’s GeForce graphics cards is not a secret. Now, among other things, Giga reports a possible leak that Intel has caused itself and by concluding conclusions to a new Intel graphics card. Because in a three-minute presentation for Intel’s graphics card tool “Intel Arc Control” are to be seen after about 29 seconds video runtime for a short time performance data (live performance monitoring) of the graphics card used at almost full load.

Although it is conceivable that Intel used a video card from AMD or NVIDIA at the video. However, several things are talking about. Two things are rather assumptions: Intel certainly does not want that – albeit accidentally – for a short time the competing names appear in any case visible to the presentation. Second, it is suspicious that Intel shows the Live Performance Monitoring menu with the load values only extremely as if you do not want to attract too much attention. However, there are also concrete indications that no AMD or NVIDIA graphics card was used in the video.

Because from about 0:54 minutes it is about planning the downloads for new graphics card drivers. And third, at about 0:59 minutes in the video you can also see information about the driver version – the data visible there is clearly to the current Intel Arc driver 30.0.101.1328, which for the first two mobile ARC gpus (A370M and A350M) from Intel It is intended – appropriate notebooks start in the next few weeks.

Now you might think that for the video then one of these two mobile GPUs was then used. But what speaks is the fact that in the Live Performance Monitor is achieved at full load values that are significantly higher than that of the two mobile Intel GPUs. At a load of 99.57 percent, the clock value is 2200 Megahertz, the measured electricity requirement is 175 watts. These are values that would fit from AMD and NVIDIA rather, but not exactly to models like the Radeon RX 6600 XT (Boost 2400 MHz, 160 Watt) or Geforce RTX 3060 Ti (Boost 1680 MHz, 200 watts).

In this respect, the graphics card used for the video could really be a dedicated, stronger Intel GPU. Of course, the values do not say anything about the possible power, and theoretically, all of the values shown by Intel have been edited for the video or programmed into the tool.

So we will have to wait for Intel to offer in terms of graphics cards – with the two notebook GPUs Intel starts in these days, but these are not a factor for gaming, as even the faster of the two GPU, the A370M, well significantly weaker than the Mobile AMD Radeon is 6500m.