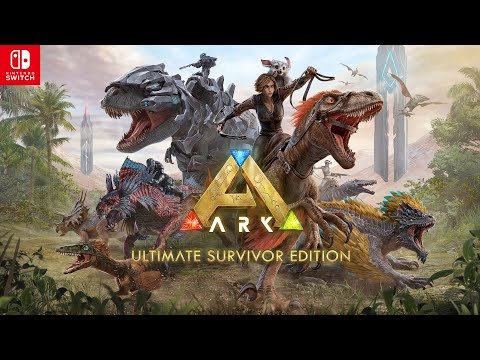 This work is an action game that challenges severe survival with the open world where dinosaurs are struggling. Players will wake up on a mystery, awake, collect hunting, materials, and build a base, and live in a tough environment. It is possible to make your own companions or players by capturing more than 100 dinosaurs and ancient organisms inhabiting the island. Besides solo play, it also supports multiplayer multiplayer.

“Ark: Ultimate Survivor Edition” includes the base “ ark: survival Evolved ” and all additional DLC “Scorched Earth” “Aberration, Extinction” “Genesis Parts 1 & 2”. Also, in September, all players who have already owned the main story are to update that renewed all of the functionality, graphics and optimization. In addition, according to the release of this switch version, Studio Wildcard uses UE4 to create a code from 1 to overhole.