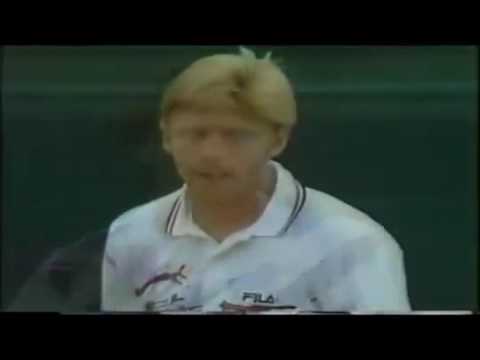 The former Wimbledon winner Michael Stich has criticized the decision of the Wimbledon organizers to exclude Russian and Belarusian players from this year’s tournament.

“In my view, Wimbledon sets a wrong signal,” said stitch in a guest comment on Tennismagazin.de. The step is incomprehensible and unacceptable.

The Russian Attack War in Ukraine is “not to be justified by anything and adds so many people sufferingously suffering,” said stitch. Nevertheless, one could not discriminate a man “not because of his origin and his country of birth”. Just because a pro r of Russia or Belarus Stamme is not hot that he is a good Heießen and supporting the actions of his government: “He just wants to play tennis and pursue his job.”

It would have a much greater signal effect, so stupid if the players would send a common message within the scope of the tournament. The 53-year-old asked the International Tennis Hall of Fame to submit a statement to the Wimbledon decision. “A statement in the sense of sport could be an important signal without becoming political. And it would express that tennis is a sport of each other and cohesion,” said stitch.

Articles and videos about the topic
* Highlights: Rublev stands in the Belgrade quarterfinals
* Highlights: TsitsiPas dominates against Dimitrov
* Top sport live on Dazn. Register now! Can be terminated at any time monthly.