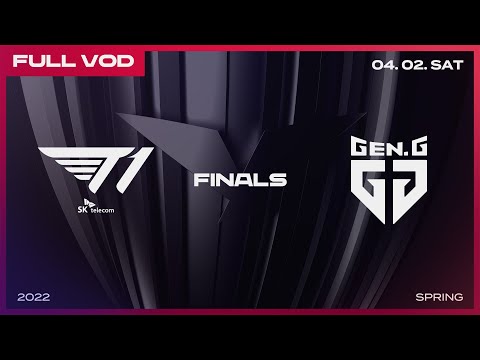 [LCK Park Ye -jin reporter] T1, who participates in MSI 2022 as a representative of LCK, will hold a opening match with Vietnam.

League of Legends Champions Korea (CEO Oh Sang -heon, LCK) announced on the 3rd that the T1, which is the representative of Korea at the Mid Season Invitational (MSI) 2022, which will hold at the Busan e -Sports Stadium on the 10th, will hold a opening match with Vietnam’s representative Saipalo Buffalo. did.

Riot Games will hold an international competition in Busan two years after the LOL World Championship final in Europe in 2019.

The T1, which plays in MSI as a representative of Korea (LCK), was organized in Group A group A with Vietnam (VCS), Japan (LJL) and Latin America (LLA).

The T1 won the championship by defeating Zenji 3-1 in the 2022 LCK Spring Finals held in KINTEX, Goyang -si, Gyeonggi -do on April 2. The T1, which set an unprecedented record of 18 games in the Spring Regular League, will participate in the recapture of MSI trophy in four years.

In the opening match of the MSI Group stage on the 10th, T1, who opposes Saigon Buffalo, will face the team Aze on the 11th and the Detonation Focus Me on the 12th and play against the three teams in Group A on the 15th.

Rumble stages, rust -out stages, and finals in BEXCO, located in Haeundae -gu Centum City, Busan, are different in prices and preferences.

Meanwhile, fans are attracting attention as the Spring winning teams of Europe (LEC) and North America (LCS), which are considered traditional rivals in the history of LOL e -sports, are organized in Group C Group C. LEC’s representative G2 e -Sports was first in Group C as a seed first, and Evil Genius, who won the LCS championship, was included in Group C.

Unlike Group A and B, where four teams are organized, Group C will be packed with three teams and must play four times with other teams, so the pride of Europe and North America will be interesting.

LOL concerts will be held during the MSI period. Riot Games Korea decided to hold the League of Legends: The Orchestra event, which was held in 2021 at the Sejong Center for the Sejong Center. This performance, where orchestras play music in LOL and LoL e -sports themes, and theme songs, will be held at the BEXCO Auditorium in Busan on the 25th and 26th, before the opening of the rust -out stage.