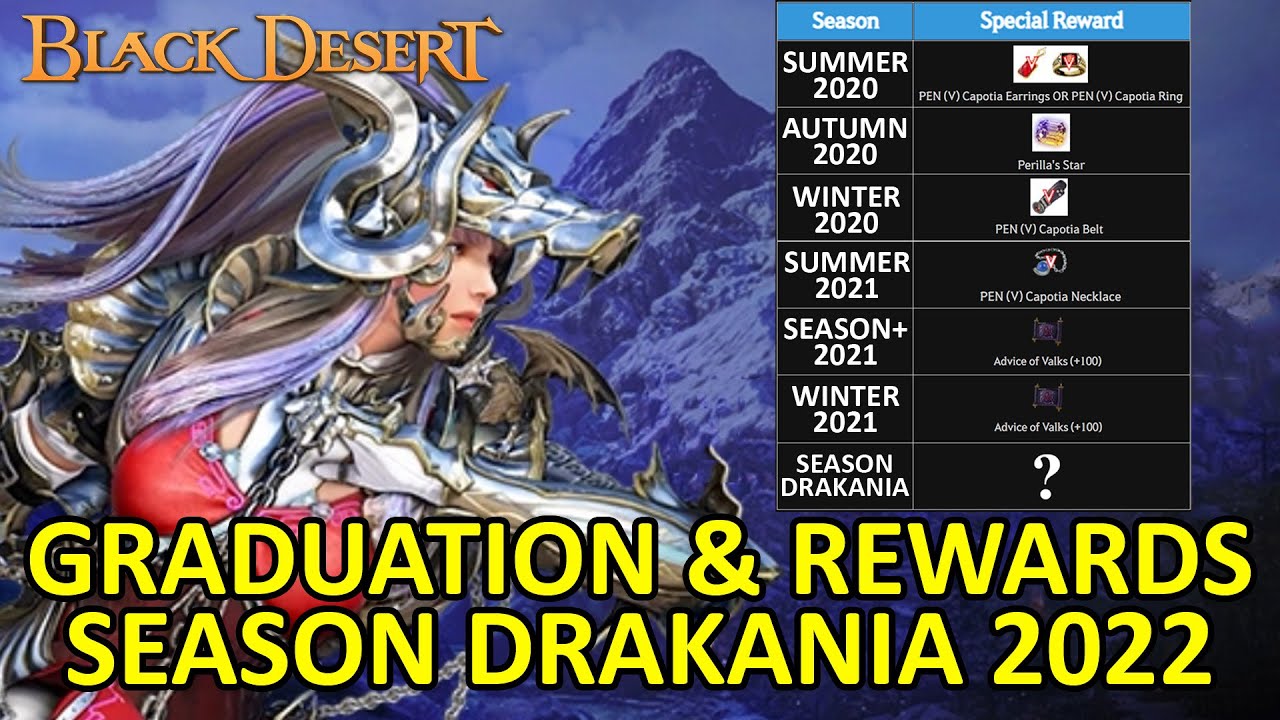 ‘Season: Dracania’ is a season server introduced in line with the launch of the new class ‘Dracania’. The characteristics of the season server are possible to grow faster than regular servers. Users who have completed the season server graduation conditions can visit NPC ‘Pugar’ and graduate. When you complete the request for completion of the season server, you can convert the season character into a general class, and you can get rewards such as ‘Balks’ advice (+100) and ‘gift box containing memories’. The Gift Box with Memories includes a variety of rewards such as ▲ [season] Boo head equipment exchange ticket, Valks’ advice (+60), and golden bachelor’s clothes.

He added a “Tuvala Pendant” item that can change the weapon of Dracania into awakening weapons. In the past season, the company also offers a special gift exchange ticket for users who have not received Dong -dong Capotia ornaments and Parres’ Star.

The Black Desert’s major world heads have been adjusted. It relieved the damage of some of the heads of the head, such as ‘Karanda, which sings the storm’, ‘a nightmare that makes nightmares’, and ‘Nuber with the wind’, and improved the visibility of the attack range and pattern. It also added a preset function that enhances the utilization of artifacts and Gwangmyeongseok bags. The user is placed in a preset with various light stone effects, which can be used for each situation for convenient use.

On April 30, four Black Desert OST songs will be reorganized with jazz music for ‘International Jazz Day’. The video of the Making Film, which contains the reorganization process, was released on the ‘Pearl Abyss Music’ YouTube channel.

In order to complete the sound source, we worked together with Im Mi -jung pianist and Korea’s leading jazz performers to perform all the production processes such as performance, arrangement, and record recording. Arranged sound sources will be reflected in the Black Desert in the future.

The event will also be held for the holiday season with the family of the family in May. The user can get the buff effect by receiving the ‘[Event] fresh tulip seeds from the NPC’ Lara ‘, Hidel Village, until May 18, and handed it to the NPC’ Bana Room ‘and’ Amery ‘. Children’s Day holidays will also be held until May 11th. In addition, the riding experience and training experience hot time event will be held until May 18.