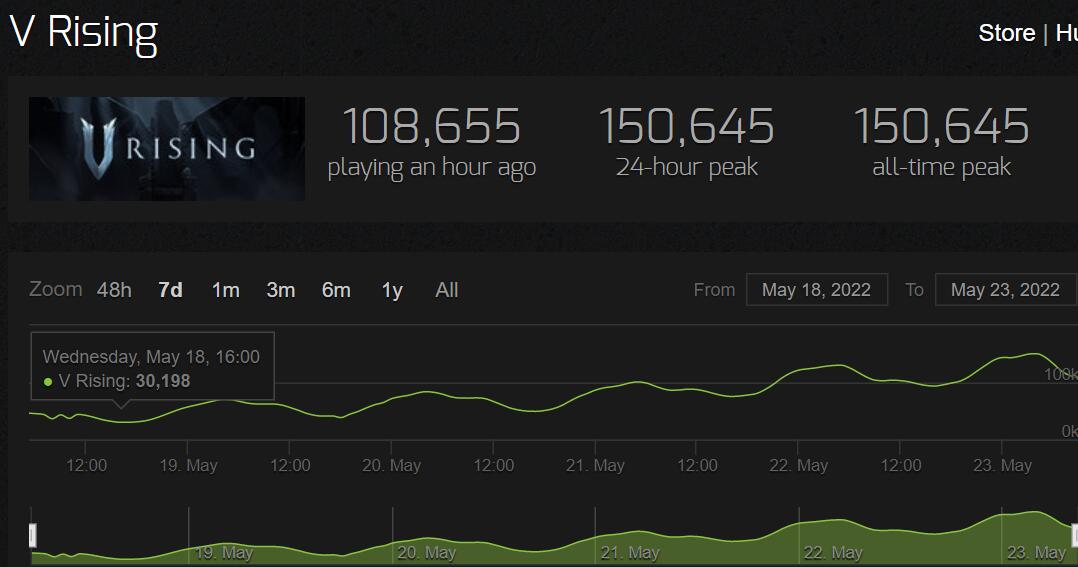 We know Stunlock well. They finally provided Bloodline Champions and Battlerite. Both productions (especially the latter) enjoyed some popularity over short distances, but they failed in the marathon. Developers gave up on their development. Will V Rising share their fate?

The launch of this product is promising. We are talking about the Buy-to-Play title in Early Access, representing the survival genre in which crafting plays a significant role. The only thing missing is open-world in the tags so that we have a rider of the apocalypse (this is what games are called with the tags Early Access, Survival, Open World, Crafting). Maybe this is the key to the game’s success? Undoubtedly, we can talk about success since V Rising reached over 500,000 people on Steam in three days.

The number of concurrent players on Valve’s platform also looks encouraging. So far, there are over 60,000 vampires on average, and at the peak, there were 100,000 of them. Of course, we’ll see how V Rising will come out in the long term. It may be a hit like Valheim, whose popularity has declined over time. It depends on whether Stunlock has prepared for regular and timely news releases. Nevertheless, they have already achieved initial success, so congratulations!