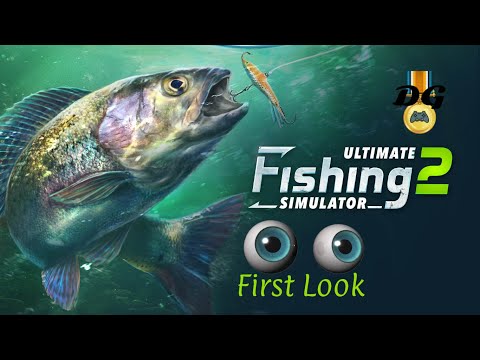 Developer Mastercode has started early access to the Steam of Ultimate FISHING SIMULATOR 2 , a sequel to the ultimate fishing simulator released in 2018.

This work is a simulator based on fishing, as you can see from the title. The Steam user review of the previous work was evaluated as very popular, and it was said that the PC version was more than 350,000 and the VR version was also sold more than 60,000.

This work features a significant improvement in graphics, a more evolved fish model, and a completely new solution package. Game play is based on the progressive system, and it seems to include participation in fishing competitions, completed various tasks, and free fishing.

In the full version, we plan to implement six fishing spots based on real locations, various fishing techniques, more than 60 types of fish, more than 200 types of tools, dynamic water and fish AI systems, boats, skills, aquariums, etc. Ultimate Fishing Simulator 2 is being distributed at a regular price of 2,050 yen (15 % off until August 30).

The early access period is scheduled for about six months, and PS5/PS4/Xbox Series X | S/Xbox One/Nintendo Switch and VR version will also appear.